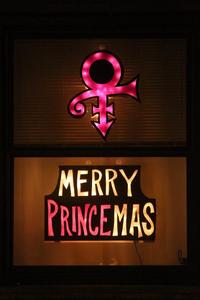 Join us Wednesday, December 20th for PRINCEMAS - A holiday tribute to Prince featuring LoVeSeXy ..."Tribute to the music of PRINCE"!

Doors open at pm and the show starts at 9:30pm!

LoVeSeXy is New England's Premier tribute to the music of PRINCE!

LoVeSeXy was formed in 2008 by three local Boston area musicians that shared a love for the artist known as Prince and a desire to bring his music to audiences everywhere! Instead of dressing in silly, outlandish costumes, using gimmicks or large productions..the focus for LoVeSeXy is a tribute is realistic sound-alike performance that will take you through the iconic career of one of the world's most unique & gifted, some would say genius, musician, producer & songwriter that we've ever known.

LoVeSeXy showcases six of the finest singers and players from the Boston area ..all having an impressive resume, playing, recording & touring with a variety of established recording artists, bands & performance situations.

Some of the bands members are also professional music teachers.

With that level of musicianship, along with dynamic lead singer-frontman Kobie Ali, who has a remarkably similar voice and commanding stage presence along with acclaimed female guitarist / vocalist Jodee Frawlee (Guitar Player Magazine's national talent search finalist & "Boston's Best Guitarist" award winner) the band has established themselves as one of the most authentic sounding Prince tribute bands in the Northeast and around the Country!

The band was nominated "Best Tribute Band" by Motif Magazine in 2016 and was the featured act at the 2017 New England Music Awards.

Join us for a very special night as we celebrate the music of Prince..his life.. his legacy..and his spirit. And also spread some holiday cheer with friends and family. It's a show not to be missed!