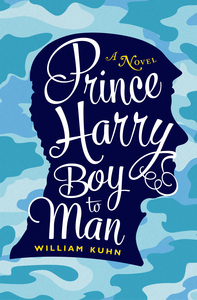 Author and historian William Kuhn discusses his recently published satirical war novel, a lighthearted work of fiction that recounts Prince Harry’s wartime experiences in Afghanistan. A former historian in the Royal Archives at Windsor Castle, Kuhn will share personal anecdotes, including his impressions of a Christmas party at Buckingham Palace.

William Kuhn is an author and historian. His first novel "Mrs Queen Takes the Train" was a national bestseller and has been optioned by the Weinstein Company for a film. He is also the author of "Reading Jackie: Her Autobiography in Books," a behind-the-scenes look at Jackie Kennedy Onassis at work as an editor at Viking and Doubleday based on archives and interviews with her colleagues. "Prince Harry Boy to Man" is his second novel.

Registration begins August 31 at 9 am.