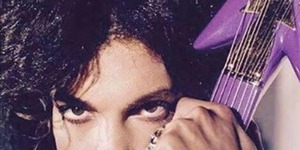 After Prince’s untimely death in April 2016 at the age of 57, the significance of his contributions to the music world—and to the culture writ large—were gradually revealed to a broader swath of the population. Videos (of his guitar virtuosity while offering tribute to George Harrison or of his legendary 2007 Super Bowl performance) spread quickly online, prompting many to delve into his catalogue to find out more about this musical legend.

This two-day workshop aims to celebrate the work of Prince—from his first studio album in 1978 where he played all of the instruments on the record—to his final solo Piano and a Microphone tour in 2016. This interactive workshop will cover his music, film, and other creative ventures. And, since this is MIT—we will also note Prince’s early adoption of Internet technology to connect with fans (and even crowdfund an album!). Led by CMS/W lecturer and lifelong Prince fan, Amy Carleton, this workshop will also feature guest speakers (including Susan Rogers, Prince’s former sound engineer on albums such as Purple Rain and 1999) that will speak about the artist’s creative process, and, of course—his legacy.

Whether you are a music lover looking for a substantive introduction to Prince’s music, or a seasoned fan looking for an opportunity to pay tribute to one of the most important artists of the last century, I hope you will attend! Materials (including playlists!) will be sent out a few days in advance