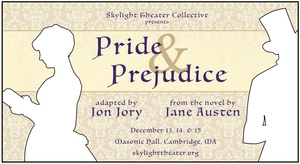 All of the wit and romance of Jane Austen's classic 1813 novel come to life in this refreshingly fast-paced and engaging new adaptation. Finding a husband is hardly Elizabeth Bennet's most urgent priority. But with four sisters, an overzealous match-making mother, and a string of unsuitable suitors, it's difficult to escape the subject. When the independent-minded Elizabeth meets the handsome but enigmatic Mr. Darcy, she is determined not to let her feelings triumph over her own good sense -- but the truth turns out to be slipperier than it seems. In a society where subtle snubs and deceit proliferate, is it possible for Elizabeth and Darcy to look beyond his pride and her prejudice, and to make the best match of all?