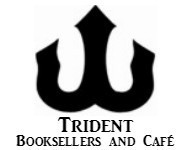 January Gill O’Neil is the author of Rewilding (fall 2018), Misery Islands (2014), and Underlife (2009), published by CavanKerry Press. She is an assistant professor of English at Salem State University, and a board of trustees member with the Association of Writers and Writing Programs (AWP) and Montserrat College of Art. From 2012-2018, she served as executive director of the Massachusetts Poetry Festival. A Cave Canem fellow, January’s poems and articles have appeared in the Academy of American Poets’ Poem-A-Day series, American Poetry Review, New England Review, and Ploughshares, among others. In 2018, January was awarded a Massachusetts Cultural Council grant, and was named the John and Renée Grisham Writer in Residence for 2019-2020 at the University of Mississippi, Oxford. She lives with her two children in Beverly, Massachusetts.


Pushcart Prize poet, translator, and founding editor of Four Way Books, Dzvinia Orlowsky has published six collections of poetry with Carnegie Mellon University Press including A Handful of Bees, reprinted in 2009 as a Carnegie Mellon Classic Contemporary; Convertible Night, Flurry of Stones, recipient of a 2010 Sheila Motton Book Award; Silvertone, for which she was named Ohio Poetry Day Association’s 2014 Co-Poet of the Year, and her most recent, Bad Harvest. Her translation from Ukrainian of Alexander Dovzhenko's novella, The Enchanted Desna, was published by House Between Water in 2006; and Jeff Friedman's and her co-translation of Memorials by Polish Poet Mieczyslaw Jastrun was published by Dialogos in 2014. She is a co-recipient with Jeff Friedman of a 2016 National Endowment for the Arts Translation Grant. She serves as contributing poetry editor for Solstice Literary Magazine, as a founding faculty member in poetry at the Solstice Low-Residency MFA Program in Creative Writing of Pine Manor College and as a lecturer for the English Department at Providence College.


Ben Berman is the author of the poetry collections, Strange Borderlands (2013), which won the Peace Corps Award for Best Book of Poetry and was a finalist for the Massachusetts Book Awards, and Figuring in the Figure (2017). His new collection of short prose, Then Again, is recently out from Vine Leaves Press. He has received awards from the New England Poetry Club and fellowships from the Massachusetts Cultural Council and Somerville Arts Council. He lives outside of Boston with his wife and two daughters.