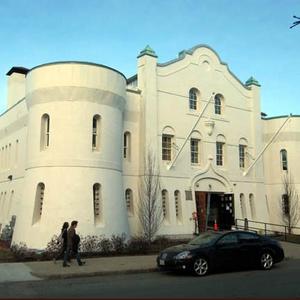 Somerville Songwriter Sessions at the Armory Cafe presents a concert on Saturday November 2 with singer/songwriters Peter Lehndorff, Domenic Botolino, and Kirsten Manville. The concert will feature a solo set by each artist, followed by a round robin song swap. The show begins at 7:30 pm with an open mic, and admission is $10. The Armory Cafe is at 191 Highland Avenue, Somerville. For more information call 617-718-2191 or visit artsatthearmory.org/cafe or www.facebook.com/SomervilleSongwriterSessions. Email SomervilleSongwriter@gmail.com to reserve an open mic slot. Performer details below.

Somerville Songwriter Sessions at the Armory Cafe presents contemporary folk singer/songwriters in concert, on the first Saturday of each month. The Armory Cafe features live music in an intimate setting, a menu featuring sandwiches, soups, desserts and coffees, and plenty of free parking. Our 11/2 performers:

Peter Lehndorff writes folk and jazz songs about everyday life. Some are humorous observations about everyday life, life in a small town and life in Massachusetts. In addition to his slice of life songs, Peter is now mixing the funny with the serious; the romantic with the eccentric. Some new songs reflect his experiences as a caregiver for his late wife, who passed away from Huntington's Disease, the same disease which took folksinger Woody Guthrie. Peter has opened for such artists as Martin Sexton, Robert Earl Keen, Arlo Guthrie, Dar Williams, Bill Morrissey and Tom Paxton, and appeared at the Farmington Valley Acoustic Festival, and the Vanilla Bean and Buttonwood Tree folk clubs. More at lehndorff.com/music.

Domenic Botolino has been writing heartfelt songs for the last 30 years. With his band The Wait and as a solo artist Dom has been performing his songs around the Boston area and beyond. His latest recording, entitled Shelter, consists of 9 stories of life and love. Produced by Jon Evans Shelter brings to life songs that are real and thoughtful. More at facebook.com/thewaitandfriends.

With elements of Americana, folk, country, and blues, singer/songwriter Kirsten Manville creates songs that feel like they may have come straight from journal entries. Deceptively simple lyrics paint pictures, tell stories, and evoke a range of emotions. From the pain of finding and losing love, and hard times in a down-on-its-luck town, to the small pleasures of line-dried laundry and homemade pie, and the escapism of a romantic night for two, Kirsten's warm and sultry voice draws the listener in, infusing the songs with feeling and depth. Her latest album Some People Sing was a Top 5 album pick in Metronome Magazine, and Kirsten was the subject of a cover story in a subsequent issue.Her song "...but Down" was also included in the Alternate Root Magazine's Weekly Top 10. Kirsten performs regularly in the Northeast, and has had the honor of opening for well-known folk artists Don White and Joe Jencks. More at kirstenmanville.com.