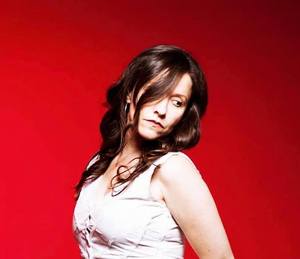 Liz Simmons, lead singer and guitarist from the award-winning Folk/Roots band Low Lily, announces the release of her eagerly-anticipated solo album, "Poets", to be officially released on March 1, 2021.

This online CD release show will feature Liz on vocals, guitar and piano, and her husband and Low Lily bandmate Flynn Cohen on guitar, mandolin, and fiddle. Together they will perform all nine songs from the album, plus some duo songs they have never performed live.

The self-produced album features the mixing talents of Ben Savage (Hannah Sanders & Ben Savage) and the mastering skills of Nick Cooke (Kate Rusby). Liz provides her own guitar and piano, alongside guest musicians such as dobro phenom Andy Hall (The Infamous Stringdusters), pedal steel legend Pete Grant (The Grateful Dead), and cello virtuoso Natalie Haas, among many others.

T​he album was originally set for release in the summer of 2020, but with the pandemic came major setbacks and delays. However, Liz and her engineering team got creative and figured out how to finish it, and there are now elements in the album that wouldn’t be there had it not been for the pandemic!

Liz says of the album: ​"Audiences tell me over and over again how important it is to them to hear music that speaks to them, and how meaningful it is. That reflection that music creates– that connection– is the magic of music, and the stories we tell as musicians. That is why I have called the album ‘Poets’. Each song tells a story through its lyrics, but also through its musical arc, its history and my connection to it.”

Poets will be released March 1 on all streaming platforms, and will be available to purchase by visiting ​www.LizSimmons.net​.
——————