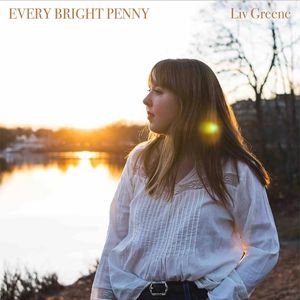 Donate: http://paypal.me/clubpassim
OR use the "donate" button: http://passim.org/stream
Suggested donation: $15

Watch Liv Greene perform from home during this time of social distancing! Donations will be split between the artist and Passim.

BOSTON (March 23, 2020) - Liv Greene announces the release of her debut album, Every Bright Penny, on May 8. Through love, loss, moving on and holding on, Every Bright Penny serves as a reminder that growth comes piece by piece. A coming of age album with a wisdom beyond its years, Greene’s songwriting hovers around contemplation and hope.

Every Bright Penny engages in a gentle tug of war where resistance rests. The often fictional topics behind Greene’s songwriting transformed into a vision of assisted foresight. The songs on the album explore the stages of a relationship from the hopeful anticipation to the series of regrets.

For Greene the record encompasses her past four years in Boston, studying, waitressing, and working on her craft. She says, “It is a lot of small parts that came together to make a whole - coming from me jotting down lines in my phone on the train, on napkins at work, in margins of notebooks at school. Growth happens slowly, piece by piece, and I think this record captures me on that journey."