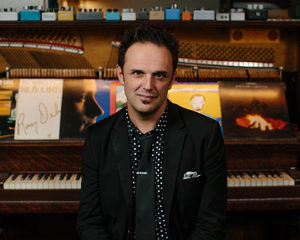 Mark Erelli finished up a graduate degree in evolutionary biology shortly after his eponymous debut was released on Signature Sounds in 1999. He has won several prestigious awards, including the Kerrville New Folk contest and the International Song Contest, where a song he co-wrote with Catie Curtis (“People Look Around”) bested 15,000 entries to win the grand prize.

A native of Prince Edward Island, Rose Cousins lives in Halifax Nova Scotia. She deeply values being part of multiple music communities, and is constantly fueled by collaboration. Cousins’ 2012 album We Have Made A Spark celebrated her Boston community and featured a cast of musicians Cousins had known and played music with for a decade. It won a JUNO Award, 3 East Coast Music Awards, a Canadian Folk Music Award, was nominated for the Polaris Music Prize, and made picks/best of lists in USA Today, NPR Music and Oprah Magazine. Her music has found its way into several TV shows including Grey’s Anatomy.

Zachariah Hickman is known as a bassist, producer and bandleader for such artists as Josh Ritter, Ray LaMontagne, Barnstar!, and many local luminaries. He once spoke to Tom Waits in an elevator, and used to wear a beret non-ironically. This is not his first time performing at Club Passim.