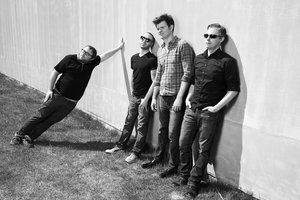 A night of new Boston music:
Township Double Single Release – Township has been one of Boston’s best acts for over a decade. Their last release was 2015’s stellar Light Years. The band will celebrate with a double single release, which will include a limited run of CD singles for the night.

Pale Monsters Single Release – Pale Monsters will add to their collection of “sound-shifting pop-rock” (Vanyaland). They will provide a limited number of free downloads for their new single.