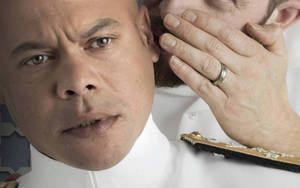 In Shakespeare’s most intimate tragedy, director Bill Rauch (All the Way, Fingersmith) explores society’s polarizing struggles with difference. Consumed by their bigotry and xenophobia, those who praised the Moorish general Othello for his military successes now reject his marriage to Desdemona. The newlyweds are determined to overcome this resentment, but Othello’s assignment in Cyprus draws them into the web of his lieutenant Iago, whose jealousy knows no bounds. A.R.T. brings the original company of Oregon Shakespeare Festival’s acclaimed production to Cambridge.