Opening Reception -The Boston Accent: 140 Years of the Museum School 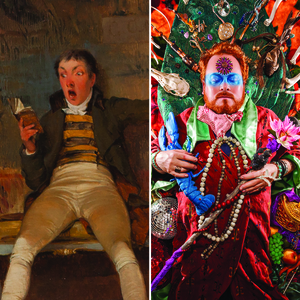 The Boston Accent
140 Years of the Museum School

BOSTON, MA – The School of the Museum of Fine Arts—or the Museum School, as it has been known throughout its many iterations—has been an influential component of Boston’s art scene since the school’s founding in 1876. Childs Gallery’s exhibition The Boston Accent: 140 Years of The Museum School brings together an exciting range of founder, faculty, and alumni art spanning the institution’s 140 year history and celebrating its significant influence on 19th, 20th and 21st century American art.

Boston has produced a number of distinctive art movements and the Museum School has played a prominent role in their development. The exhibition highlights three distinct movements and periods that have emerged from the Museum School’s teaching: The Boston School of the late 19th and early 20th centuries; Boston Expressionism under the tutelage of Karl Zerbe in the 1940s and 50s; and the latest generation of “Boston Contemporaries” arising from the long traditions of this great institution.

The exhibition focuses on Museum School artists using the figure as their primary vehicle of expression and informed by the time-honored techniques of traditional art making. Rather than provide a linear outline of the school’s history, the exhibition is arranged salon-style. This arrangement conveys the broad range of output over the School’s 140 year history, while creating the opportunity for comparison and discovery through unique century-spanning juxtapositions. A 19th century painting by Ignaz Marcel Gaugengigl, Small Audience (circa 1882), hangs next to a contemporary photograph by Sean M. Johnson, Burial: Jason, 2017. The same underlying principles that animate Gaugengigl’s Colonial Revival painting also seem to pulse through Johnson’s surreal work of imagined tribal burials.

The Museum School was founded in 1876 when the Trustees of the Museum of Fine Arts reserved rooms for an art school in the basement of the Museum’s new Copley Square building. In the 19th century public museums played an important role in the education of artists; museum schools were established with the understanding that their collections provided instructional examples for the artists of the future. In 1877 classes officially commenced at The School of Drawing and Painting, a precursor to the School of the Museum of Fine Arts. While only eight students were enrolled in this inaugural class, by 1879 class enrollment had jumped to 160 students. In 1901 the school became officially affiliated with the Museum of Fine Arts, with the Museum board assuming responsibility of the school. In 1909 the Museum moved from Copley Square to its current location on Huntington Avenue, taking the Museum School along with it.

From its very founding the Museum School played an influential role in the trajectory of American art, beginning with the Boston School of painting in the late 19th and early 20th centuries. The Boston School’s leading artists, Edmund Tarbell, Frank Weston Benson, and William McGregor Paxton, all trained in Paris at the Academie Julian and later taught at the School of the Museum of Fine Arts, influencing a generation of future painters. Often characterized as American Impressionism, the Boston School is a regional style combining the loose brushwork of French Impressionism with a more conservative approach to figure painting and a respect for academic traditions. The Boston School artists’ interest in modern French art can be traced to William Morris Hunt, a well-known teacher, painter, and founding member of the Museum School, who encouraged prominent Bostonians to invest in the work of French artists such as Millet, Monet, and Renoir.

Many prominent Boston Expressionists were influential in art education as instructors at the School of the Museum of Fine Arts. One of the movement’s progenitors, Karl Zerbe, was a German emigrant whose work had been destroyed by the Nazis as “Degenerate Art”. Zerbe served as the Head of the Department of Painting at the School of the Museum of Fine Arts from 1937 to 1955, influencing a generation of painters whose work evolved from the Boston Expressionist philosophy. Ture Bengtz taught alongside Zerbe as the school’s Head of the Drawing and Graphic Arts Department, while David Aronson, Bernard Chaet, Arthur Polonsky, Jason Berger, Jack Kramer, and Anne Powers were all students of Zerbe.
Recent decades have seen an exciting array of new artists emerging from the Museum School. A number of these Boston Contemporaries continue to focus on the figure, creating contemporary art informed by traditional methods. Hannah Barrett cuts apart and reassembles imagery to create androgynous figures bedecked in period costume. These inverted portraits play with gender norms through ambiguous combinations of physical features and traditional attire – often to absurd effect. Paul Endres Jr.’s paintings are the marriage of epic storytelling and formal subversion. His ongoing series, The American Burden, depicts a single sprawling narrative that begins just after a mysterious modern catastrophe: the physical materialization and collapse of history. The paintings exist as memorials to the pivotal events and figures of his fictional history, while offering a satirical take on our own. Additional contemporary artists include Sean M. Johnson, Sawool Kim, Emily Lombardo, and Laurel Sparks, among others.

The exhibition’s opening reception will be held at Childs Gallery on Thursday, May 25th, 6:00 and 8:00 PM. The public is welcome to attend.

About Childs Gallery: Established in 1937 on Newbury Street in Boston’s Back Bay, Childs Gallery holds one of the largest inventories of oil paintings, drawings, watercolors, prints and sculpture in the United States. We actively service collectors, artists, estates and corporate clients throughout the country in the buying and selling of fine art, and have placed exceptional works in major museums nationwide. Our extensive holdings – including prints and drawings that range from Old Masters to 20th century notables to 21st century contemporaries, along with superb paintings and sculpture from the past 200 years – are particularly appealing to the eclectic tastes of today’s art lovers, as it’s the collector’s eye, not the historic period or medium, that makes for a cohesive and personally satisfying collection.

For high-res images and all press inquiries, please contact:
info@childsgallery.com