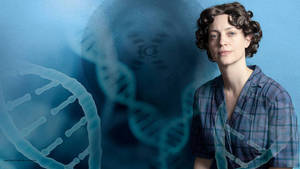 The Nora Theatre Company presents Photograph 51 at Central Square Theatre. In 1951, British biophysicist Rosalind Franklin became a research associate at King's College in London. It was her X-ray imaging that revealed DNA's double helix structure, leading to the 1962 Nobel Prize, which went to James Watson, Francis Crick and Maurice Wilkins. Told with wit and urgency by a chorus of scientists who relive the competitive chase to be the first to map the DNA molecule, Photograph 51 is the story of a fiercely independent and ambitious young scientist and her unsung, trailblazing achievements. It also provides an unflinching look at sexism, ethics and scientific collaboration.