Noir at the Bar 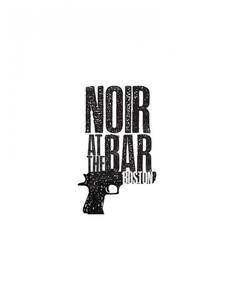 Join us for an evening of crime fiction with some of New England's top crime writers and out-of-town guests.

doungjai gam is the author of glass slipper dreams, shattered, a collection of flash fiction and poetry. her short fiction and poetry has appeared in LampLight, Now I Lay Me Down To Sleep, Wicked Haunted, Tough, and Lost Highways. born in Thailand, she currently resides in southern New England.

Ed Kurtz is the author of eight novels including BLEED, NAUSEA, SAWBONES, and THE RIB FROM WHICH I REMAKE THE WORLD. His short fiction has appeared in Thuglit, Needle, Shotgun Honey, and numerous anthologies that include THE BEST AMERICAN MYSTERY STORIES. Ed's next book, BLOOD THEY BROUGHT & OTHER STORIES, is due out later this year from Journalstone Publishing. Ed lives in Connecticut, but he isn't really from anyplace in particular.

Rick Ollerman has written four novels and is the author of one non-fiction collection of essays on paperback original era authors and their works. He is also the editor of Down & Out: The Magazine, is a freelance editor for other writers’ books, and whose latest book, an anthology dedicated to the memory of 2014 MWA Raven Award winner Gary Shulze, BLOOD WORK, was released at last month’s Bouchercon in St. Petersburg.

Clea Simon: Although best known for her feline cozies, Somerville author Clea Simon ventured into noir territory with her 2017 club-scene mystery WORLD ENOUGH. The Richmond Times-Dispatch cited the book’s " intricate and smart plot, authentic dialogue and a heartfelt rendering of remembrance and regret,” adding "Simon’s dark story shimmers with brilliance — and stands as her finest,” and which Anthony DeCurtis (author Lou Reed: A Life) called “a haunting carpe noctum novel,” saying “Simon seizes the night with a firm, relentless grip.” She is at work on another dark rock and roll mystery. She can be found at www.CleaSimon.com

E.F. Sweetman is a writer living in Beverly, Massachusetts. Her short stories have been published in SWITCH BLADE Issues 5 and Sixx, and in the upcoming Switcblade Femme Fatale Issue, and ONE NIGHT IN SALEM and in MICROCHONDRIA II Her Gothic Horror story will be coming out in FunDead's GOTHIC HORROR ANTHOLOGY due in early 2019. In addition to writing short stories, she also working on a noir trilogy that she hopes to finish before she turns 90. She lives with her husband, sons, and two rescue dogs. When she is not writing, you can find her glaring out the windows at her neighbors.

JM Taylor has published more than two dozen short stories, appearing in such mags as Thuglit, Crime Factory, Crime Syndicate, and Out of the Gutter. His story, "The Mark of a Good Deal" was the inaugural post in Tough Crime, and his most recent story is "Tourist Season," in Wildside Black Cat. Taylor's novel, Night of the Furies, was listed in Spinetingler's Best of 2013. He's currently working on a young adult spy thriller. When he's not writing or reading, he teaches under an assumed name.