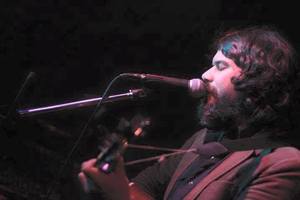 Nashville based songwriter Nick Nace was born in the wilds of Canada. After moving to NYC he was in the folk duo A Brief View of the Hudson (Best Folk Duo - NY Press) for over a decade recording two albums, touring Europe, the U.S. and composing the soundtrack for Tell Your Friends: The Concert Film which premiered at SXSW. They opened for Glenn Hansard, Mike Doughty & Kaki King to name a few.

He has studied songwriting with Steve Earle & last year made the Nashville Songwriters Association "Ones To Watch" list. This past spring he toured Ireland & recently was selected to perform in the Mississippi Songwriters Festival. Nick is also a 2016 winner of the gulf coast's biggest songwriting competition The Gulf Coast Songwriter Shootout.