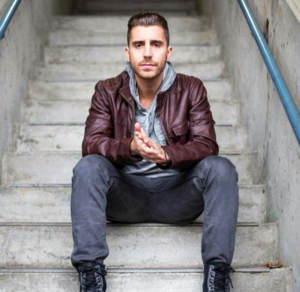 American Idol winner Nick Fradiani is a singer-songwriter from Guilford, CT, making him the first winner from the Northeast.

Nick signed with Big Machine Records and got to headline the American Idols Live tour, which kicked off in Clearwater, Florida on July 7, 2015. He also did lots of press, appearing on shows like Live with Kelly & Michael and Good Day LA and doing various radio interviews. He sang the National Anthem at PBS's National Memorial Day Concert in Washington, D.C. on May 25, 2015. His debut solo album, Hurricane, will be released on August 5, 2016. He even returned to American Idol as a mentor and got to sing two duets with contestants Thomas Stringfellow ("Man in The Mirror") and Gianna Isabella ("Beautiful Life").

Nick also posted a 30-second clip of his upcoming single "Get You Home", which will be released on March 11, 2016. He made the announcement on the single during a Facebook live chat on February 24, 2016.

You can meet Nick at a VIP Reception following the concert, VIP tickets available here - must be concert ticket holder to attend. http://www.natickarts.org/performance/nick-fradiani-vip-reception-2017-03-31