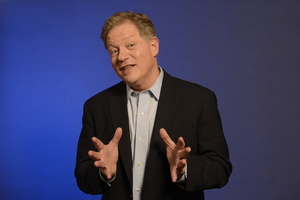 Newton at Home is proud to present its Spring fundraiser, Jimmy Tingle ˗˗ Humor for Humanity, on Saturday, May 11, 2019. The fundraising event will be held from 5:00pm-7:30pm at The Neighborhood Club, 24 Berkeley Street, West Newton. In addition to the performance, Tingle will emcee a live auction featuring items such as a one-week stay in a beautiful home on Martha’s Vineyard, Red Sox tickets, and more. Hors d’oeuvres and beverages will be served prior to the performance.

Born and bred in working class Cambridge, Massachusetts, Tingle has a career spanning three decades as a comedian, writer, actor, activist, and entrepreneur. He was part of the Boston comedy boom of the 1980’s that produced Steven Wright, Denis Leary, Bobcat Goldthwaite and Paula Poundstone. Even as he gained a national and international reputation, he has kept close ties locally and is fondly regarded by many Bostonians as “one of their own.”

Tingle was the American correspondent for David Frost’s show for PBS and the BBC, The Strategic Humor Initiative. He wrote and delivered commentaries for two seasons on CBS’s 60 Minutes II in the “Andy Rooney” spot, has worked as a contributor and satirist for MSNBC, and has appeared on The Tonight Show, CNN, Larry King’s Weekend, Late Night with Conan O’Brien, and “The American Comedy Awards,” as well as his own HBO half-hour comedy special. He continues to tour the country, performing in theaters and for colleges, non-profit organizations, private parties and corporate clients.

He also wrote, produced and starred in the documentary film, Jimmy Tingle’s American Dream, which aired on over 60 PBS affiliates. From 2002 to 2007 he served as owner, principal performer and producing director of Jimmy Tingle's OFF BROADWAY Theater in Somerville, Mass., which presented over 200 productions and/or co-productions from the worlds of comedy, music, theater, television, radio, political events and kids shows.

Designed to serve Newton residents 60 years and over, Newton at Home helps members live active, more independent and connected lives in their own homes and apartments through access to a broad variety of social programs and practical services. NAH membership also benefits the families of members who gain peace of mind knowing that their loved ones have access to an enormous support network. Our staff routinely checks on members to ensure they are well and keeping active.

Funds raised through Tingle’s Humor for Humanity event will benefit Newton at Home. The evening is sponsored in part by The Village Bank. Tickets can be ordered by calling Newton at Home at 617 795-2560 or by visiting www.newtonathome.org or www.jimmytingle.com.