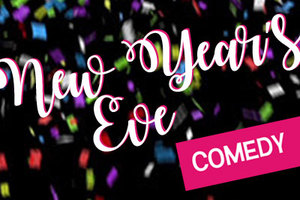 What better way to ring in 2019 than with a laughter-filled New Year's Eve? Our acclaimed National Touring Company performs six fully improvised comedy celebrations chocked-full of improvised scenes, quirky characters, and audience participation that will make sure 2018 is a year to remember.

Here's your guide to find the right show for you! All shows WILL sell out so buy your tickets now.


ImprovBoston encourages you to laugh responsibly.