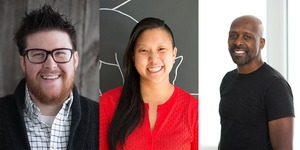 What is New England cuisine today, how has it been expressed locally in Boston restaurants, and how is it perceived on the national culinary stage? This conversation will explore how we define New England food today, what it means to showcase a culinary sense of place in an increasingly globalized world, and the opportunities that exist when it comes to regional storytelling in Boston.

This panel will be moderated by Leah Mennies, a local food journalist and author of the recent Boston magazine feature "Why Don't New Englanders Like New England Cuisine?," an exploration of the various ways that New England cuisine has been pigeonholed in Boston restaurants--and how it could be reconsidered for the future.

For Milton native Marc Sheehan, food was always a central part of creating a festive atmosphere. You could even say it was in his blood. Going back 3 generations, then men on his father's side have always cooked. In spring of 2015, Sheehan opened Loyal Nine in East Cambridge, MA. Acknowledged by Bon Appetit, Eater and the James Beard Foundation, Loyal Nine continues to strive to provide Cambridge and all of New England with the most convivial and authentic Northeast Coast experience in the region.

Fred Opie is an athlete-turned author, producer, Babson professor, and editor. His most recent book is Southern Food and Civil Rights: Feeding the Revolution. He is the Food Historian on the PBS show Cooks Country. You can learn more about his work at FredOpie.com.