Nationalism: Here, There, and Everywhere? 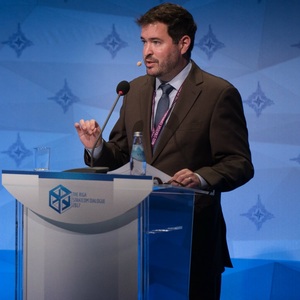 Join us for an evening with one of the nation’s leading experts on global engagement, Jed Willard, who will give a lecture and lead a neutral discussion on the rise of global nationalism. This event is held in collaboration with Civic Series--an organization that designs non-partisan events to explore complex issues in a non-confrontational way. An extended Q&A and discussion will follow a 30 minute overview.

For the last two decades, the focus of cooperation and globalization has helped grow economies and bring prosperity to most, but clearly not all. The President of the United States declared himself a nationalist and joined an increasing number of far-right leaders in Russia, Germany, Brazil, and Turkey. As countries start to build diplomatic barriers against each other, decades-old global relationships are dissolving and across the world power is shifting toward isolationism and new allegiances are being formed. Questions such as the following will be addressed: what happens when America withdraws from treaties and United Nations activities? how are neighboring countries affected by the election of far-right candidates? and is protectionism the best way forward for emerging economies?

Jed Willard is Director of Global Engagement at the Franklin Delano Roosevelt Foundation at Harvard. In this role, he leads the Foundation’s mission to pursue solutions to current challenges with an eye both to their historical origins and to FDR’s personal legacy. Over the past decade, Willard has worked with governments to help them to understand the drivers of public opinion and create strategies and structures to effectively engage citizens. He is currently focused on adaptation to climate change, coping with disinformation and propaganda, and revitalizing faith in liberal democracy. Willard co-founded the Public Diplomacy Collaborative at Harvard Kennedy School.