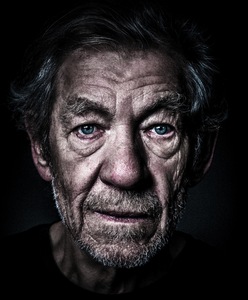 King Lear will be broadcast live to cinemas on Thursday September 27th from the Duke of York’s Theatre. Considered by many to be the greatest tragedy ever written, King Lear sees two ageing fathers – one a King, one his courtier – reject the children who truly love them. Their blindness unleashes a tornado of pitiless ambition and treachery, as family and state are plunged into a violent power struggle with bitter ends.

National Theatre Live captures live performances from the UK and broadcasts them in more than 2,500 movie theaters and other venues in 60 countries worldwide. As of February 2017, the global audience reached almost 8 million people.

National Theatre Live is the closest thing audiences have to experiencing the feeling of actually sitting in the theater. Broadcasts retain the feeling of a live performance and though each broadcast is filmed in front of a live audience in the theatre, cameras are carefully positioned throughout the auditorium to ensure that cinema audiences get the ‘best seat in the house.’