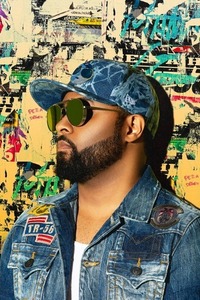 In 2016 released his 7th studio album entitled “Life On Earth” leading with the new hit single “I Do”. The album peaked at #2 on Billboard R&B album charts and #3 on the Top Hip-Hop R&B album charts. He has received awards from Billboard, BET, ASCAP, BMI, and Soul Train. He has also earned award nominations from MTV, the American Music Awards, the NAACP, and 12 Grammy nominations.