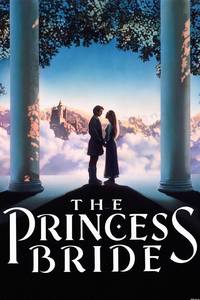 We kickstart the series with the fun and adventure of The Princess Bride. A little background from the critics, Devon and George:

Cary Elwes and Robin Wright star in this 1987 classic, adapted from William Goldman’s novel of the same name. The story finds a young woman, Buttercup (Wright) engaged to the obnoxious Prince Humperdinck in the Kingdom of Florin. In order to start a war, he kidnaps her and it’s up to her true love Westley (Elwes) to save her. The story is framed by a grandfather reading the story of “The Princess Bride” to his sick grandson. At first, he’s not interested, but soon he’s drawn into a story filled with inconceivable thrills, vile swamps, big-hearted giants, and plenty of sword fighting along the way. By the end, he doesn’t even mind the “kissy parts.”

Some movies just feel timeless, and Princess Bride captures the intangible joy of storytelling in such a concrete way. It’s like a celluloid version of your parents reading you a story before bed. Although the film didn't achieve its treasured status as an 80s classic until it came out on VHS, it also came during a time when Rob Reiner was hitting his stride as a filmmaker, successfully adapting Stephen King’s "Stand By Me" and "Misery" and making one of the quintessential romantic comedies, "When Harry Met Sally"... At this point, it seems Reiner had a certain mainstream mastery over several genres, and in the middle of this he blended together all the fantastical elements of Goldman’s novel to capture the elusive feeling that some might call, movie magic.