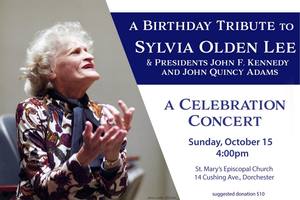 Three Profiles in Courage; who stood up for truth even when they stood alone, who fought for classical culture and who represent the real soul of America.


“Man holds in his mortal hands the power to abolish all forms of human poverty…Together let us explore the stars, conquer the deserts, eradicate disease, tap the ocean depths, and encourage the arts and commerce. Let both sides unite to heed in all corners of the earth the command of Isaiah to ‘undo the heavy burdens, and let the oppressed go free.’… Now the trumpet summons us again—a call to bear the burden of a long twilight struggle, year in and year out, ‘rejoicing in hope, patient in tribulation’—a struggle against the common enemies of man: tyranny, poverty, disease and war itself.”
— John F. Kennedy’s Inaugural Address, January 20, 1961