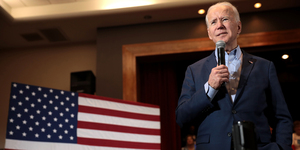 Please register for this Zoom event at http://bit.ly/38nEsrK

The panelists include experts from around the globe who will address US foreign policy through the lens of their respective regions: Israel, China, India, and Mexico. The panelists each served as distinguished Robert E Wilhelm fellows at the MIT Center for International Studies (CIS). A generous gift from Robert E Wilhelm supports this annual fellowship, which honors individuals who have held senior positions in public life.

Naomi Chazan is an Israeli academic, activist, and politician. As a legislator, Chazan championed the causes of human rights, women's rights, and consumer protection. Chazan is a past president of the New Israel Fund. Today, she heads the School of Government and Society at the Academic College of Tel Aviv-Yafo. She also sits on the board of the Hotline for Refugees and Migrants. She was the inaugural Robert E Wilhelm Fellow (2004-2005) at CIS.

Shivshankar Menon is an Indian diplomat, who served as National Security Adviser of India under Prime Minister of India Manmohan Singh. He had previously served as the Foreign Secretary in the Ministry of External Affairs. Prior to that he was Indian High Commissioner to Pakistan, and Sri Lanka and ambassador to China and Israel. He is currently visiting professor of international relations at Ashoka University. He is author of the forthcoming book, India and Asian Geopolitics: The Past, Present. He was a Robert E Wilhelm Fellow at CIS in the spring of 2015.

Lourdes Melgar is a nonresident fellow at the Baker Institute Center for Energy. Melgar served as Mexico’s deputy secretary of energy for hydrocarbons and was a member of Pemex’s board of directors. She also served as Mexico’s under-secretary for electricity. She is a research affiliate at the Center for Collective Intelligence at the Massachusetts Institute of Technology. She served as the 2016-17 Robert E Wilhelm Fellow at CIS.

Richard Samuels is Ford International Professor of Political Science and director of the Center for International Studies at the Massachusetts Institute of Technology. His research interests include Japanese politics, Asian security, grand strategy, and political leadership. Special Duty: A History of the Japanese Intelligence Community is his most recent book.


Free & open to the public

Sign up for Starr Forum emails to get notified about upcoming events at http://bit.ly/StarrForumEmail

A full listing of Starr Forums is available at http://bit.ly/UpcomingSF

27/01/2021 11:00:00 27/01/2021 12:30:00 15 MIT Starr Forum: President Biden's Foreign Policy Challenges: Views From Abroad Please register for this Zoom event at http://bit.ly/38nEsrK The panelists include experts from around the globe who will address US foreign policy through the lens of their respective regions: ... Virtual Event, Cambridge, MA 02142 Organizer Organizer e-mail false DD/MM/YYYY Reddit