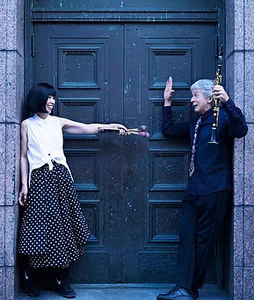 Marimbist Mika Stoltzman will perform at First Church Boston to mark the release of Palimpsest, her new album by AVIE Records. Clarinetist Richard Stoltzman is a guest artist for the concert and is also featured on the album. The program includes four world premieres: Chick Corea (Birthday Song for Mika), Clarice Assad (Kaleidoskope), Gordon Stout (The Beguine of Something Beautiful for Marimba and Clarinet), and Delvyn Case (Nocturne), as well as two works by John Zorn (Palimpsest for clarinet and marimba and The Nymphs for solo marimba) that were written for Mika. She will perform her own arrangement of J.S. Bach's Chaconne from Partita in D minor BWV 1004, arranged for solo marimba.