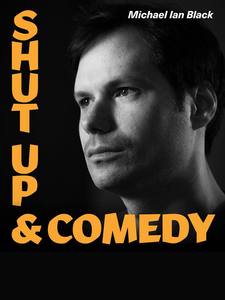 Michael Ian Black is an actor, comedian and author who began his career with the legendary sketch comedy group and MTV hit show, The State. He then co-created the television shows Viva Variety, Stella, and Michael and Michael Have Issues. He was a series regular on the NBC show Ed; was heavily featured on VH1's I Love the… series; and starred in the feature, Wet Hot American Summer. Most recently, he’s been a lead on TVLand’s The Jim Gaffigan Show, Comedy Central’s Another Period, and the Netflix television series based on Wet Hot American Summer, which just shot its second season. Michael’s authored 11 books, including the recent bestseller, A Child’s First Book of Trump. He's is a popular podcaster, writing and hosting How To Be Amazing as well as Mike and Tom Eat Snacks with Tom Cavanagh and Topics with Michael Showalter. Michael regularly tours the country as a stand-up comedian and has released three stand-up albums: I Am A Wonderful Man, Very Famous and Noted Expert. He lives in the wilds of Connecticut with his wife and two children.