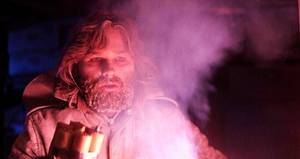 Each month in 2017, travel back to a time when storylines were weirder, movie stars were scrappier and special effects meant plenty of Claymation and slime.

"On the Fringe: American Cult Films of the 1980s" at the Museum of Fine Arts, Boston highlights wildly creative independent films from the 1980s and early '90s that opened viewers' minds to new ideas: supernatural phenomena, otherworldly creatures and the countercultures thriving on the fringes of American society. The yearlong series began in January and jumps forward a year each month before concluding in December with a film from 1991. Before the show, enjoy trailers and commercials from the year the film was made!

John Carpenter's The Thing is set in Antarctica, during the winter of 1982, where a dozen scientists dwelling in an American research base discover an alien spacecraft nearby. Soon after, their facility is invaded by a shape-shifting organism that can assimilate and impersonate anything it touches. It’s up to the crew members to figure out who among them is really human—and who is a horrific impostor. Kurt Russell and Wilford Brimley star in this wintry tale of terror and isolation, a box-office flop that is now considered one of the greatest horror films of all time.

The MFA's Film Program is recognized as one of the country's leading independent exhibitors of film, presenting more than 500 screenings of independent, foreign and classic films every year.

MFA members can see every film in the yearlong series for free by joining Friends of Film, a group that connects film lovers with other cinephiles through discussions and events: bit.ly/2hYLBB0