Memories of the Kings and Queens of Kush: Archaeology and Heritage at El Kurru 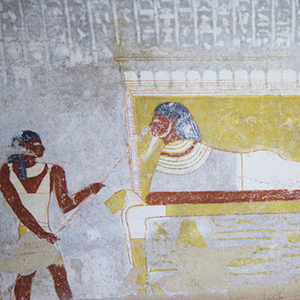 Ancient Nubia was one of Africa’s earliest centers of political authority, wealth, and military power. After the Nubian kings and queens of Kush rose to power around 800 BCE, they controlled a vast empire along the Middle Nile (now Northern Sudan) and conquered Egypt to rule as its Twenty-fifth Dynasty. The kingdom’s political center, known as El Kurru, was first excavated by George Reisner in 1918–1919 on behalf of the Harvard University-Boston Museum of Fine Arts Expedition. Geoff Emberling will look at recent discoveries at the site and show how they inform local and international ideas about history and heritage.

This event will be livestreamed on the Harvard Museums of Science & Culture Facebook page. A recording of this program will be available on our YouTube channel approximately three weeks after the lecture.