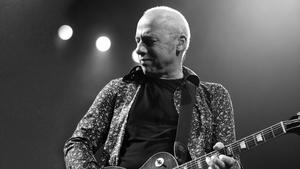 "A privateer is what I am, really," says Mark Knopfler. The title track of the legendary singer-songwriter and guitarist's eighth solo album evokes a swashbuckling era of seafaring plunder, merchant raiders and licensed pirates. But Mark finds an analogy with the modern rock and roll life. "I really get a buzz out of having this little group of people that sallies forth across the world. I enjoy being in command of it, the band, the crew, travelling through this ever changing landscape and playing in all these different places. You get where you get without any kind of assistance, really, making your own way in the world. There are no government grants to play this music. You're a privateer. And that's the way I like it."

Privateering is Mark Knopfler's first double album in a 35-year recording career. "The older I get, the more I want to write," he says. "Whether that is just panic at time running out, I'm not sure. I'm enjoying the process more than ever, writing, recording and playing live, I enjoy all of it. I'm almost tripping over songs." These 20 tracks of consummately crafted folk, blues, country and rock originals reflect the creative exuberance of an artist whose exceptional abilities were recognised with a Lifetime Achievement Award at this year's Ivor Novellos. He has performed live in front of countless millions. He has collaborated with artists of the stature of Bob Dylan, Randy Newman, Emmylou Harris and Van Morrison. He has composed distinctive soundtracks for such classic films as Local Hero, The Princess Bride, Last Exit To Brooklyn and Wag The Dog. He has been regularly acclaimed as one of the greatest guitarists in the world. But what he sees himself as, first and foremost, is a songwriter. And this may be his finest-ever collection.