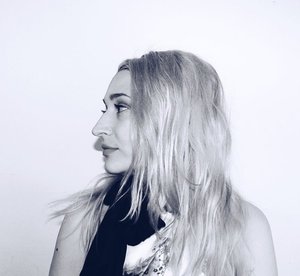 Brooklyn-based singer/songwriter Maria Neckam has made a name for herself as a highly unique and versatile voice. She has been praised by the press -- from the New York Times to NPR's "A Blog Supreme," and Le Monde in France -- as a "trailblazer," and "natural wonder."

Her latest songs are the result of a somewhat dramatic and life-changing breakup a few years back. Amidst the chaos and confusion, the Austrian-born singer and composer realized that this was an opportunity. A chance to start over, start fresh, and this time do it exactly as it felt right, from the heart.

This new beginning marked a departure from a career of smart, complex jazz-influenced compositions, into the world of indie rock. Songs with a unique edge that talk about what it's like to let go of safe solutions and follow your dreams, all on your own.

She has also lent her voice to countless other artists' projects, such as: four-time Grammy award winner Erykah Badu, composer Ted Hearne and the Brooklyn Philharmonic Orchestra, HipHop producer Mesta Bish, Indie Rock artist David Bronson and Drum/Tabla virtuoso Dan Weiss. She has released two EP's with her electro side-project/alter ego Milán, which have been remixed by many DJs and producers, amongst them NYC-based Kissey and Pax Humana. Her award winning music video for '25' by animator Nina Pfeifenberger was screened at Cannes and London's International Shortfilm Festivals. http://www.marianeckammusic.com

Lucia Stavros is a multi-genre harpist, vocalist, songwriter and front women of indie band Green and Glass. Lucia believes in music that is communicative, thought provoking and bold and seeks to push the actual and perceived limitations of her instruments.