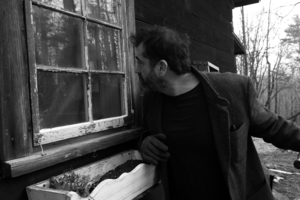 Marc Delgado is a traveling solo performer. In the last year & a half he has played over 200 shows. His songs are eclectic & unexpected & portray characters trying to make sense of The American Landscape. Delgado also writes, sings & records with Alt-Rock, Americana group Wounded Knee. Their last record: High in a Neon Dive (Narcissus Records) is a spiraling tour through the seedy motels & dive bars of Central California where Delgado grew up. He is currently @ work on his newest effort Wildwood Road which will be released later this year. Marc lives with his wife Melanie & their dog Spike in Woodstock, NY.