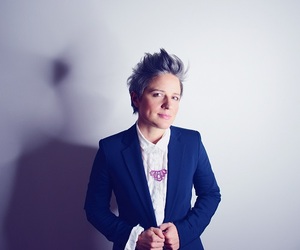 Last series concert of the season until next March, 2020

A premier appearance by Allison Miller (from New York)

With a distinctive trio formed by this premier drummer

on piano, the wonderful Carmen Staaf (from New York)

on trumpet the up and coming Jason Palmer (a Boston favorite)
#

Miller is also leader of three distinctive, first class bands, Boom Tic Boom, Parlour Game and Science Fair.
#
“Miller is regarded as one of the new breed of female jazz drummers whose musical talents are taking her to the top of her profession.” – Ron Banks, The West Australian

“Her recent work reveals Allison to be an intense and masterful jazz improviser who has developed her own approach along with a distinctive and inspirational drum sound.” – Tim Price, Saxophone Journal
#

Carmen Staaf, Winner of the 2009 Mary Lou Williams Women in Jazz Pianist Competition.
Youngest instructor ever to join the NEC faculty, graduate of Tufts and New England Conservatory.
“…Staaf dares to thrill by going through rowdy angular contortions at the same time that liberates delicious fragrances of Monk's music in the air”. - Jazz Trail
#
Jason Palmer, “His trumpet playing always seems upbeat and outgoing rather than moody and solipsistic. – All About Jazz
“…identified Palmer as a visionary player with an astounding vocabulary, playing music in a uniquely personal voice, which while steeped in the feats of the past, pushes inexorably towards tomorrow” – All About Jazz.
#

“Miller’s music is infectious. Its multiple chorus structure brings with it an orientation that is unselfish. The character of her drumming is positive and sensitive to timbre.” – Lyn Horton, AllAboutJazz.com.
Allison and Carmen Staff combine bold musical concepts and a passion to challenge and explore into an eruption of energy on their fantastic new recording, Science Fair.
As a side-musician, Miller has been the rhythmic force behind such mainstream artists as Ani DiFranco, Natalie Merchant, Brandi Carlile, Toshi Reagon, Joey Arias, the Meredith Vieira Show, Late Night with Seth Meyers, Pino Daniele, Erin McKeown, Jill Sobule, and Martha Redbone;
And her jazz skills have been embraced by everyone from organ legend Dr. Lonnie Smith and vocalist Patricia Barber to avant-garde trailblazer Marty Ehrlich, Steven Bernstein, Ben Allison, Steve Cardenas, and Ben Goldberg.

Bios:
Allison Miller:
Allison began playing the drums at age 10 and never turned back. Born in Texarkana, Texas, and raised in the Washington, D.C. area, Miller began her musical studies on the piano at age seven, and by age 12 was studying locally with noted swing and big-band drummer Walter Salb. Following high school, she attended the University of West Virginia, where she enrolled in the alternative music program.
In 1991 she was featured in Downbeat magazine's "Up and Coming" spotlight. Soon she was playing in clubs in Washington DC and eventually continued her passion receiving a Bachelor of Music Performance degree at West Virginia University. After graduating summa cum laude in 1996, she moved to NYC to begin her career as a freelance drummer and continue her studies with the great Michael Carvin.

In 2016, Boom Tic Boom recorded their third album, Otis Was a Polar Bear. Along with band regulars Sickafoose, Melford, and Scheinman, the album also featured cornetist Kirk Knuffke and clarinetist Ben Goldberg.
Scheinman and Miller also now co-lead Parlour Game, a quartet with bassist Tony Scherr and the undeniably talented pianist Carmen Staaf.
Miller grew up in a family enamored with movement and immersed herself in the Washington, DC youth dance scene. She went on to become musical director for a number of choreographers.

Carmen Staaf:
Pianist/composer Carmen Staaf is an active voice in the NYC and global music scenes. Currently, she is the pianist and Musical Director for NEA Jazz Master Dee Dee Bridgewater. Her past major performances have included the Playboy Jazz Festival in a two-piano setting with the legendary Herbie Hancock and Wayne Shorter, Jazz at Lincoln Center with Wynton Marsalis and the Lincoln Center Jazz Orchestra, and the Kennedy Center alongside Kenny Barron and Fred Hersch. She has been heard at the Village Vanguard, Blue Note, SFJazz and major jazz festivals around the world including the Montreal and North Sea Jazz Festivals, among many others.
Carmen graduated with a double degree from Tufts University (Anthropology) and the New England Conservatory (Jazz Performance), and immediately thereafter became one of the youngest faculty members ever hired by Berklee College of Music, joining their piano department in 2005. After spending some years touring and recording while based in New York (including winning the Mary Lou Williams Jazz Pianist competition), she was accepted to the prestigious Thelonious Monk Institute of Jazz Performance.
Staaf co-leads the group Science Fair with drummer Allison Miller; the band's eponymous debut album features Ambrose Akinmusire, Dayna Stephens and Matt Penman. She also performs regularly with Allison Miller's Boom Tic Boom, violinist Jenny Scheinman and Allison Miller’s Parlour Game (with Tony Scherr), drummer Jeff Williams, and vocalist/composer Thana Alexa, in addition to her musical direction for Dee Dee Bridgewater. She is a member of the Jeff Williams Trio alongside bassist Michael Formanek; the trio’s album “Bloom” (Whirlwind) is due out April 2019.
An active educator, Carmen has held faculty positions at Berklee, the New School, Stanford Jazz Institute, Swarnabhoomi Academy of Music (Chennai, India), Jacob’s Pillow, Litchfield Jazz Camp, and the New York Jazz Academy, and has led masterclasses around the globe.
Jason Palmer:

Trumpeter | Composer | Educator Jason Palmer is one of the most in demand musicians of his
generation. He has performed with Roy Haynes, Herbie Hancock, Jimmy Smith (the organist), Wynton
Marsalis and the Lincoln Center Jazz Orchestra, Kurt Rosenwinkel, Ravi Coltrane, Mark Turner, Jeff
Ballard, Lee Konitz, Phil Woods, Common, Roy Hargrove, Lewis Nash.
Having made Boston, MA his home for the past 22 years, Jason was recently named to the inaugural class of the Boston Artist in Residence Fellowship for Music Composition. In 2011 and 2017, he was named a Fellow in Music Composition by the Massachusetts Cultural Council. In 2014, Jason was honored as a recipient of the French American Cultural Exchange Jazz Fellowship where he collaborated with French pianist Cedric Hanriot, collaborating on an album entitled "City of Poets" and touring the United States and Europe. Jason won 1st Place in the 2009 Carmine Caruso International Jazz Trumpet Solo Competition and was cited in the June 2007 issue of Downbeat Magazine as one of the "Top 25 trumpeters of the Future".
In addition to performing on over forty albums as a sideman, Jason has recorded thirteen albums under his own name on labels Ayva, Steeplechase, Newvelle, and most recently with Giant Step Arts. Jason has toured in over 30 countries with saxophonists Mark Turner, Greg Osby, Grace Kelly, and Matana Roberts, and has been a featured guest artist on multiple projects in Europe.
For the past fifteen years, Jason's quintet has been the house band every weekend at Boston's historic Wally's Jazz Café.
In addition to a heavy performing schedule, Jason Palmer offers his passion for improvised music as a full-time Assistant Professor of Ensembles and Brass of Music at the Berklee College of Music and as a board member at JazzBoston. Jason has also served as an Assistant Professor at Harvard University
and at New England Conservatory. He has also served on the faculty at the New School of Jazz
and Contemporary Music in New York City.

The Creative Music Series (CMS) was established in January, 2015, to showcase the work of adventurous jazz musicians from out-of-state, presenting them in intimate venues in the Cambridge/Somerville area. My endeavor was a reaction to the apparent lack of invitations being extended to accomplished, new talent and even unknown musicians to the Boston area. CMS has now begun to zero in on Boston based musicians who are creating their own projects with these out-of-town guests, and taking these musical risks to find an expression and gain a wider appreciation. https://www.facebook.com/CMS.in.Cambridge.MA/.