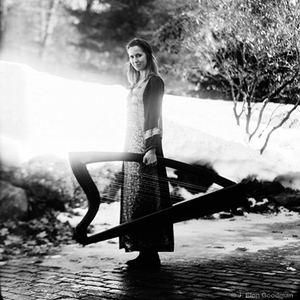 Maeve Gilchrist has taken the Celtic harp to new levels of performance. Born and raised in Edinburgh, Scotland, and currently based in Brooklyn, New York, Maeve‘s innovative approach to her instrument stretches its harmonic limits and improvisational possibilities. She is as at home as a soloist with an internationally renowned orchestra as she is playing with a traditional Irish folk group or using electronic augmentation in a more contemporary, improvisatory setting.
Maeve was the first lever harpist to join the faculty of the iconic Berklee College of Music in Boston, where she taught for five years before switching to a visiting roots department artist this spring. Also an in-demand composer and arranger; this year, Maeve premiered her first concerto for lever harp and symphony orchestra and is currently working on a number of commissions including a string quartet for Irish harp and string quartet to be premiered in Scotland in the spring of 2018.

A native of Newfoundland, Keith’s traditional song repertoire is based in Eastern Canada and Quebec as well as his current home, Vermont. His direct and intimate style of traditional singing in English and French infuses old ballads and songs with a powerful immediacy while his rhythmic and percussive finger style of guitar playing brings new shape and color to his songs.
Keith was a founding member of Nightingale, a trio which broke new ground in its sophisticated approach to traditional music. He is a mainstay of the Boston fiddle extravaganza, Childsplay and has also worked extensively with Tony Barrand on the song repertoire from the early twentieth century of the Atwood family from Dover, Vermont. He also appears frequently with his wife, fiddler Becky Tracy as well as part of the Hanneke Cassel Trio.