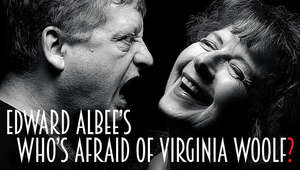 A biting dark comedy and gut-wrenching psychological portrait of marital breakdown, Who's Afraid of Virginia Woolf has been a mainstay of American theater since winning the 1963 Tony Award for Best Play. Later immortalized in a film adaptation starring Elizabeth Taylor and Richard Burton, the play was written by the acclaimed Edward Albee. It's the story of George and Martha, a middle-aged couple who invite a younger husband and wife over for drinks and, over the course of the evening, use their guests as pawns in increasingly cruel mind games, leading to a devastating revelation. Razor-sharp dialogue and incisive character portraits make Who's Afraid of Virginia Woolf one for your theatrical bucket list. Now see a new production of this classic at the Lyric Stage of Boston.