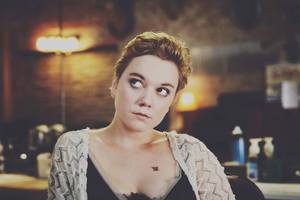 Blessed with a commanding, blast-it-to-the-back-of-the-room voice, the 25-year-old Lydia Loveless was raised on a family farm in Coshocton, Ohio—a small town where there was little to do except make music.

With a dad who owned a country music bar, Loveless often woke up with a house full of touring musicians scattered on couches and floors. When she got older, in the time-honored tradition of teenage rebellion, she turned her back on these roots, moved to the city (Columbus, Ohio), and immersed herself in the punk scene, soaking up the musical and attitudinal influences of everyone from Charles Bukowski to Richard Hell to Hank Williams III.

Based out of Brooklyn, NY, singer/songwriter Brian Dunne's music has won the attention and praise of many. With his sharp lyrical prowess and country-tinged vocals, Brian has played in the U.S. scene far and wide and won the support of many.
On February 17th, 2015, Brian released his full length debut "Songs From The Hive," which garnered praise from CMT, Songwriting Magazine, and countless others. He released his sophomore record on May 12, 2017 entitled "Bug Fixes & Performance Improvements" which debuted at #10 on the iTunes Songwriter charts and earned him performances on NPR's Mountain Stage and 2017's Cayamo Cruise. He has shared the stage with many songwriting legends and newcomers, such as Robert Earl Keen, Delbert McClinton, Justin Townes Earle, Lee Ann Womack, and many others.