Lizzo: Cuz I Love You Too Tour 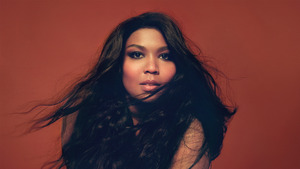 When you love yourself, anything becomes possible. Channeling boundless self-confidence through a downright earth-quaking voice, colorful persona, and undeniable star power, Lizzo struts into the spotlight and steps up with a whole lot of sass, spirit, and soul. Embracing her vocal range like never before and celebrating herself to the fullest, she speaks her mind, censors nothing, and delivers an enviable level of honesty, pure passion, and fresh fire. In doing so, she reaches the precipice of a personal and creative breakthrough in 2019 as evidenced by a string of new releases for Nice Life Recording Company and Atlantic Records.

“This is a way more confident Lizzo who believes in her confidence,” she exclaims. “For the last three years, I’ve been working on myself and learning how to love who I am. There were moments that would’ve completely defeated me when I was younger. Instead, I was able to not just survive, but thrive. This is the person who I truly want to be. It’s a self-filling prophecy ready for the world. I really found my voice. I love it. I love my body. I love talking shit, and it’s what I’m doing,” she laughs. She’s quietly worked towards these realizations since the release of her 2016 EP, Coconut Oil, which delivered such hits as “Good As Hell,” “Phone,” “Water Me,” and “Truth Hurts.” Building on enthusiastic critical acclaim and a rapidly growing fan base, 2018 represented a high watermark for the Detroit-born and Houston-raised songstress. A string of singles hit maximum velocity as “Boys” took the culture by storm. A definitive and inescapable anthem for 2018, it closed out the year on Time’s “10 Best Songs of 2018,” Pitchfork’s “100 Best Songs of 2018,” and Paste’s “50 Best Songs of 2018.” She covered both Teen Vogue’s “Pass The Mic Music Issue” and Galore in addition to being profiled in Rolling Stone, the New York Times, V, and Glamour. Allure also proclaimed her among its, “Beauty Disruptors: 12 People Changing the Beauty Industry for the Better.” Additionally, she brought down the house with rapturous performances at Lollapalooza and the MoMa PS1 Warm Up in New York City as well as maintaining an undeniable presence at New York Fashion Week.