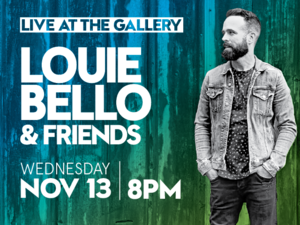 A former Sony songwriter based out of Nashville and Boston, Louie Bello is a hometown hero of the Boston music scene. After touring the US and Europe, his recent single 'Got it Bad' reached 175,000 streams on Spotify and his music landed him features on MTV , ABC and ESPN.

Back in Boston, Louie blends his original music with 90s favorites, and pulls local music artists and friends into the show, creating an infectious party atmosphere and good vibes unlike anything you've seen before. You never know what's going to happen next.