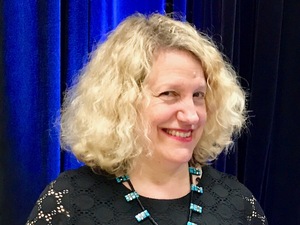 Linda Marks is singer/songwriter/pianist whose music crosses over many genres, integrating jazz and contemporary folk. In addition to songwriting, Linda also enjoys creating fresh arrangements of favorite covers.
Linda, who holds a degree in Music from Yale University with honors and distinction, was active in the Boston acoustic music scene in the 1980’s, including opening at Passim for Buskin and Batteau, releasing her first album of original songs, Dreams and Themes (1983), and appearing on WGBH Music America with Ron Della Chiesa, WERS Coffeehouse, WUMB, WMFO, and at the Nameless Coffeehouse. She founded the Boston Arts Roundtable and produced and performed in multi-media concerts in Eastern MA. While at Yale, Linda co-founded Yale’s 3rd Women’s A Cappella singing group, Something Extra, which is still in existence and going strong.
After stepping back to raise her now 22 year old son as a single mom, Linda re-entered the Boston music scene and has played at a wide variety of venues from Scullers Jazz Club (with her full 7 piece band) to Amazing Things Arts Center to Ryles to Club Cafe to the Boston Public Library to the Newton Festival of the Arts. Linda has been featured on National Public Radio show “All Things Considered” (Lisa Mullins interview, playing excerpts of Linda playing two of her original songs on a Newton Artful Pianos segment in 2016 for WBUR), and the Boston Globe West section did a feature article about Linda’s Heart To Heart show at Amazing Things Arts Center in 2014. Over the past three years, Linda has released four albums: Heart To Heart (2015), Coming Full Circle (2016), Say Yes To Love (2017) and Singer/Songwriter (2017), all done in collaboration with the phenomenal award winning sound engineer, pianist and composer Doug Hammer of DreamWorld Productions. Moments, Linda’s 2018 album being released at Passim 9/27/18, is Linda’s fifth recording project with Doug Hammer. Linda is a LadyLake Music Artist.

Rick Drost, a Singer/Songwriter from Cambridge, MA, has been writing songs since the late ’60s with depth and heart: songs that repay repeated listening and convey a long love of classical music, natural wonders, poetry.
Rick has sung in small and large choruses and small acoustic folk groups, but since the early 2000s has been singing solo at open mikes, small clubs and coffeehouses, galleries and listening rooms in New England, the Midwest and the Southeast.
Since retiring in 2015 from a career as a software engineer, Rick is happily expanding the time he can spend listening, reading, writing, and traveling around singing in small venues and festivals.
Rick’s first solo album of his songs, “Turning the World”, produced and recorded by Jon Shain and FJ Ventre of Durham, NC, was released in June 2017. Thanks to all the musicians who contributed so thoughtfully to the treatment of these songs- Jon and FJ on strings and basses, Kaitlin Grady on cello, Bill Newton on harmonica and soprano sax, Chris Frank on accordion, Ed Butler on percussion, all in NC, and composer/pianist Doug Hammer in Lynn MA on piano.