Let None Be Excluded: The Origins of Equal School Rights in Salem 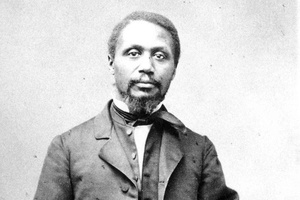 In the nineteenth-century, Salem residents celebrated the city’s early public school system for welcoming and educating all children. Despite the system’s success, the Salem school committee decided in 1834 to establish separate schools for Black children.

This sudden decision and its implementation angered Black residents who launched a near-decade long struggle for the educational rights of their children. Their valiant efforts convinced the Salem school committee to abolish racially separate public schools in 1844. Salem was one of the first US municipalities to do so. A decade later, the Commonwealth of Massachusetts would become the first state to pass a law forbidding school committees from classifying students by race.

On view in the James Duncan Phillips Trust Gallery, this exhibition features documents that capture the impassioned activism of young Black leaders, including Sarah Parker Remond and Robert Morris. These youth, as agents in their own education, sparked the national equal school rights movement by tethering education rights to democracy and racial equality. These Salem voices and their spirited words and actions changed the course of our schools and our nation.