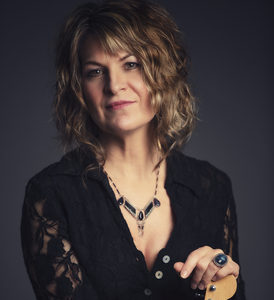 ​Les Sampou is a blues/rock musician, who got her start in the Boston folk scene and now has moved on to national prominence and acclaim. When she released her last record "Lonesomeville" it expanded the range of her critically-acclaimed four previous efforts.

Sampou, who lives in the South Shore outside Boston, began playing in the streets in what she terms as “relatively late in life.” At twenty five, when all her friends were getting married, buying houses and planning for kids, Sampou started hitting the pavement to Harvard Square, the tunnels of the MBTA, as well as anywhere she could open her case for coins and applause. It was there she found her voice and polished her guitar playing and wrote the first of her prolific collection of songs.

She has since released four studio albums and played with ​legendary musicians including Aretha Franklin, Pat Benetar, and Lee Ann Rimes.