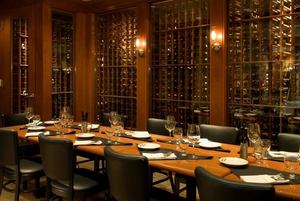 On April 9, Legal Sea Foods in Park Square will begin the week with a four-plus-course dinner accompanied with wine pairings from the Boisset Family Estates and hosted by president of the family firm, Jean-Charles Boisset. The Boisset Collection is made up of several unique wineries located in all parts of the world, making it one of the world’s leading family-owned luxury wine companies.

The first Boisset estate was founded by Jean-Charles’ parents in 1961 where he grew up right above the winery’s cellars and within view of the centuries-old vineyards of Château du Clos Vougeot, the birthplace of Pinot Noir and Chardonnay. With the successful foundation his parents created, Jean-Charles carries on his parents dream, growing the family’s estates into some of the world’s most prestigious terroirs, from Burgundy to the South of France, to California’s Napa Valley and Russian River Valley.

Today, Jean-Charles’ passion and success in winemaking does not go unrecognized. In recent years, Jean-Charles has been named “Innovator of the Year” by Wine Enthusiast Magazine and receiving the first-ever French-American Partnership Award by the French-American Foundation in past years.

The menu will be presented as follows in Park Square’s 10,000 bottle wine cellar: