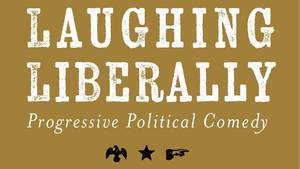 Where:
https://www.eventbrite.com/e/laughing-liberally-boston-december-2017-tickets-38584808200?aff=ehomecard Arts at the Armory Cafe
191 Highland Ave, Ste 1-B
Somerville, Massachusetts 02143

** Be aware, our shows have SOLD OUT in the past! Presale tickets available at https://www.eventbrite.com/e/laughing-liberally-boston-december-2017-tickets-38584808200?aff=ehomecard

We're back to bring you Laughing Liberally Boston, a political comedy show featuring some of Boston’s top liberal and progressive comedians.

Comedians on the December 9th bill include:

In addition to some of the finest progressive comedians Boston has to offer, each Laughing Liberally Boston show will feature a special interview segment with a local political figure, journalist or activist. This month’s guest is Sumbul Siddiqui for Cambridge City Council newly elected to the Cambridge City-Council.

Sumbul Siddiqui is public interest attorney who grew up in Cambridge. She graduated from Cambridge Rindge and Latin, Brown University, and Northwestern Law School. She is excited to serve her first term as a Cambridge City Councilor.

Laughing Liberally Boston takes place the second Saturday of every month, with the next show on Saturday December 9th at 8pm at Cafe At the Armory, 191 Highland Ave, Somerville, MA 02143. Admission is $8 online and $10 at the door.