La Romanesca: A Variety of Lute & Guitar Music from Rome 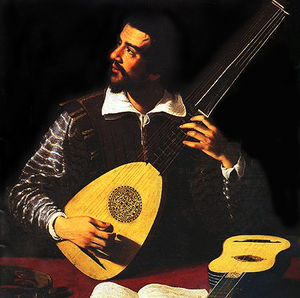 The 2017-2018 season of Early Music Afternoons continues on Sunday, November 26, 2017 with a concert of baroque music from Rome performed by Olav Chris Henriksen, lute, theorbo and baroque guitar. Entitled “La Romanesca”, the program will include music by Frescobaldi, Kapsperger, Foscarini, Valdambrini and others. The concert will take place at 3:00 pm at the Somerville Museum, One Westwood Road (at Central St.), Somerville, MA. Admission is $20 general admission, $15 students, seniors and Museum members. Ample street parking is available. An informal reception at the Museum will follow the concert. For further information and reservations, call (617) 666-9810 or go to www.somervillemuseum.org.
Rome, the “Eternal City”, has always been a political and religious center, and as such, it has traditionally hosted diplomats and international religious leaders. Through the centuries, visiting ambassadors and aristocrats brought along with them the best musicians they could find to provide entertainment at their places of residence in the city. In this way, 17th-century Rome became the most musically diverse center in Europe. Mr. Henriksen will play a selection of toccatas, canzonas, ciacconnas and dances by Frescobaldi, Colista, Kapsperger, and Foscarini, among others, as well as a battle piece by Pierre Gaultier.
OLAV CHRIS HENRIKSEN, acclaimed throughout Europe and North America as a soloist on lute, theorbo and early guitars, has performed and recorded with the Boston Camerata, Handel & Haydn Society, Waverly Consort, Boston Baroque, Emmanuel Music, Ensemble Chaconne, and Musicians of the Old Post Road, among others. He performs and lectures frequently at the Museum of Fine Arts, Boston, playing musical instruments from the Museum’s collection.