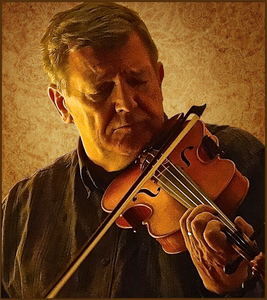 One of Irish music’s most beloved players, Burke is a master of the highly ornamented Sligo style of Irish fiddling. A native of London, England, Burkeinherited his love of Irish music from his parents who had emigrated from Sligo County, Ireland. His music career began when he moved to Ireland in 1974 and joined the seminal Irish group The Bothy Band. Since then, Burke has worked with many great artists including Arlo Guthrie, Kate Bush, Tim O’Brien, Christy Moore, Dervish, and Lunasa, and formed the bands Celtic Fiddle Festival, Patrick Street, and Open House. He is a recipient of America’s highest honor in the traditional arts, the NEA National Fellowship Award.