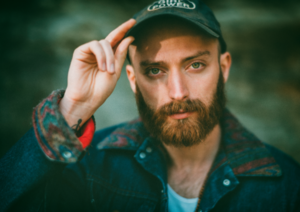 Jonah Tolchin has wrestled with a wellspring of emotions in his 26 years, and in the process, has consistently found the means of integrating his sentiments into his songs. It’s been a relatively brief progression as far as his career is concerned, but the maturity and musical progression he’s tallied in that short time has been shared in sync with his coming of age.

On his upcoming Yep Roc album, Fires for the Cold, Tolchin lays bare the conflicts and quagmires that have engulfed him over the course of the last few years. Indeed, by his own admission, it’s been a difficult time. The ending of a marriage and an upheaval in his mindset left him shattered, confused and struggling to find the solace that had eluded him for too long a time.

“Every record I make is like a record in time,” Tolchin explains. “It recounts the things that I’ve observed and experienced between the last album and the current one. It’s painful for me to talk about the last few years. It’s even painful to write about it. But singing and strumming about it? That’s different. That’s the main way I feel that I’m able to interact with the impossible emotions. It’s the greatest gift that music has given me throughout my life.”