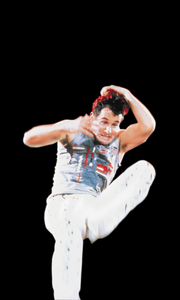 Nearly forty years after he began performing, Johnny Clegg is embarking on his final world tour, titled The Final Journey. A singer, songwriter, dancer, anthropologist, and musical activist, Clegg pioneered an infectious crossover music by combining Western pop with Zulu rhythms, becoming one of South Africa's most celebrated musicians and an international superstar. He was diagnosed with cancer in 2015 but continued to tour while in treatment. While in remission, he is currently finishing a new album and his autobiography, and will perform a final set of concerts with the Johnny Clegg Band to thank his fans for their support over the long journey that spans his remarkable career.