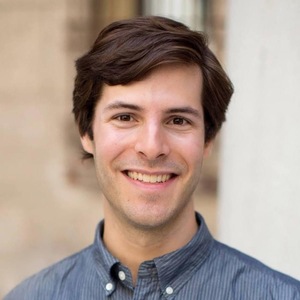 Join us for Jewish Music: Old, New and Premieres --  a live streamed series bringing fabulous music into the convenience of your home.  It features some of our finest local young talent including from New England Conservatory, Berklee School of Music and elsewhere.  This series features two acts:  Zach Mayer and Mamaliga.

Kickback, relax and enjoy the wonderful stew of Jewish music old and new.  And, in these extraordinary times enjoy the sounds of music with a glass of wine, beer or beverage of choice.

Featuring the group Mamaliga with Mattias Kaufmann on accordion and Rebecca Mac on violin, this duo is steeped in the klezmer universe and influenced by their studies in Eastern Europe including Romania and Hungary.  The duo blends traditional folk music with their original compositions and arrangements.

Zach Mayer is the other featured artist.  With over 11 million hits on YouTube for his “Subway Sax Battle,” Zach Mayer has performed with John Zorn, Frank London, Michael Alpert, Joey Weisenberg, and Bobby McFerrin. He performs internationally with Zion80, a 10-piece Jewish Afrobeat band inspired by the music of Shlomo Carlebach. His folk sextet, Night Tree, has toured internationally and has released two albums produced by Seamus Egan of SOLAS. He has been on the faculty at the Brandeis Institute of Music and Art,  and teaches at the KlezKanada Jewish music festival each summer. He received his Masters of Music from the New England Conservatory in Boston, and was accepted into Hadar's Rising Song Fellowship. He released his first album of original Jewish melodies, Modeh Ani in 2019, and sings his music with communities around the country.

DONATE!   With many artists having lost gigs as a result of the pandemic, this concert series benefits our community’s artists.  Donations will be split between the artists and the synagogue. Donating is made easy via PayPal to: bostonsynagogue.org/donations