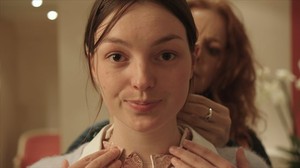 Join us as we kick off 2020's Boston Jewish Film Festival with this wonderful preview film!

SYNOPSIS:
After a series of bad relationships, Mary Lou has returned to her Jewish roots and decided to marry an Orthodox Jew. She decides to try her luck at an Orthodox dating event, but the guy she is paired with is not who he says he is!

*Please note: if you have a 10-pack film pass, you need to register seperately for the free film and any free events.