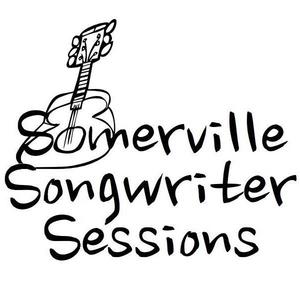 Somerville Songwriter Sessions at the Armory Cafe presents a concert on Saturday March 2 with singer/songwriters Jess Baggia, Erinn Brown and Kirsten Manville. The concert will feature a solo set by each artist, followed by a round robin song swap. The show begins at 7:30 pm with an open mic, and admission is $10. The Armory Cafe is at 191 Highland Avenue, Somerville. For more information call 617-718-2191 or visit artsatthearmory.org/cafe or www.facebook.com/SomervilleSongwriterSessions. Email SomervilleSongwriter@gmail.com to reserve an open mic slot. Performer details below.

Somerville Songwriter Sessions at the Armory Cafe presents contemporary folk singer/songwriters in concert, on the first Saturday of each month. The Armory Cafe features live music in an intimate setting, a menu featuring sandwiches, soups, desserts and coffees, and plenty of free parking. Our 3/2 performers:

Jess Baggia is a singer, songwriter, and guitarist living and working in Cambridge. In 2009 she released her debut studio EP, Back in the Game, a collection of original compositions featuring her unique pop sensibility through a range of roots, blues and Americana influences. Her single "Hope" stood out on Women of Substance radio's rotation as one of 2010's most requested songs. Baggia spent the following years playing around the Greater Boston area, building a supportive fan base and selling out popular local music venues. 2015 marked the debut of Baggia's rock project Man Trouble, whose self-titled, second album was released in 2017. Her latest project, This Bliss, recently debuted their first full length album in September 2018. Entitled Forensic Styles, it’s a cinematic dreamscape that explores the world of trip-hop and electronica - through the lens of a crime novelist. More at thisbliss.net.

Erinn Brown is an accomplished singer/songwriter and guitarist. Her music is a rootsy hybrid of Rock, Soul and Blues. After graduating Berklee College of Music in Boston, Brown sang for rock cover bands while writing her own material. In 1996 she formed the acoustic trio Hunter's Moon, where she honed her interpretive style in singing both cover and original songs. She has since released 3 CDs of original music, and is currently recording a new album. She’s sung at popular Massachusetts venues in Boston, Cambridge and the North Shore, and has performed up and down the East Coast from Maine to Washington, D.C. band., both solo and with her band. More at erinnbrown.com.

With elements of Americana, folk, country and blues, singer/songwriter Kirsten Manville creates songs that feel like they may have come straight from journal entries. Deceptively simple lyrics paint pictures, tell stories, and evoke a range of emotions. From the pain of finding and losing love, and hard times in a down-on-its-luck town, to the small pleasures of line-dried laundry and homemade pie, and the escapism of a romantic night for two, Kirsten’s warm and sultry voice draws the listener in, infusing the songs with feeling and depth. Her 2017 album Some People Sing was a Top 5 album pick in Metronome Magazine, and Kirsten was featured on the magazine's cover in March 2018. The song "...but Down" was included in Alternate Root Magazine's weekly top 10 in November of 2017. Kirsten performs regularly in the Northeast, and has had the honor of opening for well-known folk artists Don White and Joe Jencks. More at kirstenmanville.com.